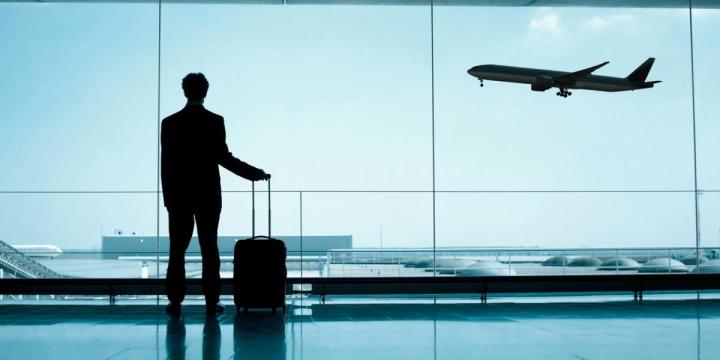 It’s that time of year again. The start of my convention season, and the next several weeks are looking to be busy.

We kick of next week at the STC Summit in Orlando. It’s been a few years since I was last at this event, and I’m looking forward to catching up with my professional colleagues, and meeting some new people. The conference sessions are looking interesting, and as I’m not speaking this year I should have more time to sit back and absorb some new knowledge.

As soon as I get back from Orlando, it’s off to Houston for Comicpalooza. Over the last few years this has rapidly become one of  my favorite pop-culture/comics events. Three days of fun, networking, and entertaining guests. Along the way I’ll be participating in a few panels:

In early June I’m heading to Poland for the first time to speak at LocWorld #37 in Warsaw on the subject of Content Convergence. Should be a great experience.

At the end of June I’ll be a little closer to home with my first appearance at SoonerCon in Oklahoma where I’ll be on panels discussing:

I’ll also be doing a reading (I just need to decide what that will be).

Phew… it’s going to be an interesting couple of months, and I’m looking forward to it. If you’re going to be at any of these events, make sure to come find me and say “Hi.”  – See you on the road. 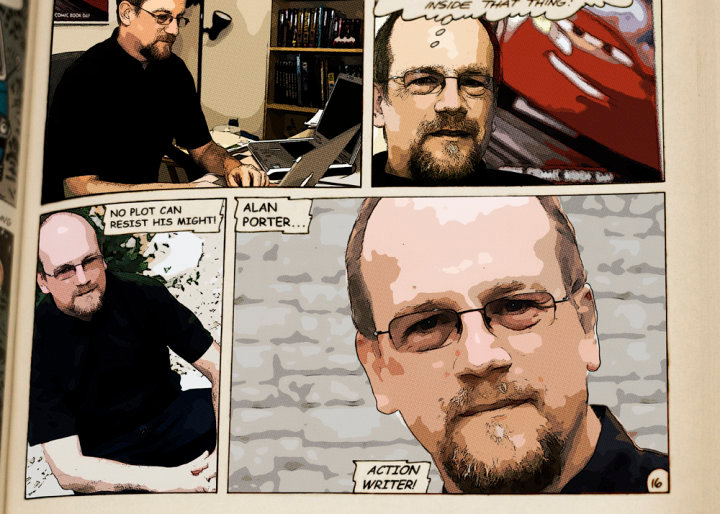 Something a little different this month. Instead of an update of various writing topics, I thought it was about time I did an updated collection of notes about where you can find me online.

I’m doing a lot of business related writing at the moment, particularly around the subjects of Content Strategy, Content Marketing, and Customer Experience. You can find new blog posts weekly at the OpenText Blog, as well as a new monthly column at CMS Wire. I’m also re-posting selected blogs on LinkedIn and The Content Pool website. If social media is more your style I post links to most of the articles on @TheContentPool Twitter account, and on The Content Pool Facebook page.

Several of my pop-culture projects have their own dedicated sites online.

For more general writing news, as well as this website, you can follow my writer’s page on FaceBook, or via my profiles at Amazon or Goodreads.

And for general day-to-day stuff, wacky observations, the occasional bit of news, and to experience my passion for motor-sports, space, history, and many other strange things you can follow me on Twitter, Instagram, or Tumblr.

So hope to see you around the web somewhere…

It was 10 years ago this month that I was first diagnosed with Celiac Disease; a condition that damages the lining of the small intestine and prevents it from absorbing parts of food that are important for staying healthy. The damage is due to a reaction to eating gluten, which is found in wheat, barley, rye, and possibly oats.

In short, to stay healthy I had to switch to a gluten free diet. Over the past decade I’ve got pretty adept at handling it, and when people ask about eating out, or how I handle finding the right stuff to eat when I travel, I usually respond with a glib “Oh no problem, I can always find something.”

And that was pretty much true – until last week.

Last Sunday I had to fly out to San Jose for business – nothing unusual in that – and had planned my meals around my travel. Late breakfast then head to airport. Grab lunch during my stop over in Los Angeles; then dinner either at my hotel, or a nearby restaurant in the evening.

Let’s pick up the story in Los Angeles, where I had to transfer by bus from the main American Terminal, well stocked with restaurants, to the American Express terminal. My impressions as I posted it on Twitter at the time: “American Eagle ghetto terminal at LAX is the pits! Not enough seats and only refreshment is from vending machines! Should be a warning sign before you get on the shuttle bus from other terminals that says: Beware No Starbucks Beyond This Point!”

In short nothing I could eat!

Well I can skip one meal, with the promise of a good restaurant meal in the evening.

Arrived at the hotel to find that their restaurant would only be open for breakfast, but had noticed a shopping plaza across the street that boasted several restaurants. So check in, dump my bags, and head out in search of sustenance.

I’ll let my Twitter stream take up the narrative once again:

“Plaza across street from hotel has 5 restaurants, 4 of which don’t open on a Sunday! Guess I’m eating at the Sonoma Chicken Coop!”

“Hey Sonoma Chicken Coop, throwing a free slice of Pizza on the plate of someone who is a celiac, not really the “treat” you thought it to be.”

After a lengthy explanation to an indifferent manager as to why this wasn’t a good idea for me, got them to remake my “meal” of indifferent roast chicken and mash.  Not exactly a successful day food wise, but at least I had a cooked breakfast to look forward to in the morning.

It seems that as the occupancy rate was on the low side the hotel had decided not to offer a cooked breakfast, but was proud to offer a continental breakfast of pastries, waffles, toast, and cereals. – Gee thanks for nothing! This despite the large sign in the lobby promoting the choice of eggs and other goodies for breakfast and the personalized note of welcome I’d got at check in that also mentioned the availability of a cooked breakfast. There was no other restaurants / diners within walking distance (no car this trip), so I grabbed what I could from the fruit on offer to at least give me some sort of start to the day.

After a morning of meetings someone suggested going to the local bakery for lunch (gulp!). “No problem” they explained, “they do salads as well.”

And true enough there were several salads on the blackboard, so I ordered a cob salad (one of my regular orders). And waited, and waited, and waited… The salad took so long that I was getting close to having to leave to grab my cab back to the airport for my afternoon flight. I wandered up to the counter, asked if the salad was on the horizon and could they pack it to go. Sure enough just as I got a call that my cab was waiting I was handed a brown paper bag containing my salad.

Once settled in the cab and en-route to the airport, I eagerly and hungrily opened the bag to find the long awaited cob salad – with a stack of croutons and a bread roll neatly deposited on top! – No way I could eat that.

By the time I was checked in and got through security I was shaking with hunger. Thank goodness for the Mexican Cantina by the departure gate. Carnitas Tacos on Corn Tortillas never tasted so good, or disappeared so fast!

Now I usually travel with a few GF snack bars in case I need to cover one meal, or extend the time between finding some food. But I’ve never had a 24 hours like that, where it proved almost impossible to get something to eat.

In future, I think I need to change my glib answer to “Oh no problem, I can always find something. Unless it’s in San Jose!”