A recent post on Twitter from a good friend reminded me of the excellent occasional series of interviews that The Guardian newspaper conducts with various writers using a set outline of questions under the title “Books That Made Me.” Reading over a few of the more recent interviews made me think that it might be fun to take that outline and use it for my own series of blog posts. – Just how would I answer those same questions?

So with apologies to the Guardian, let’s take a look shall we:

What book am I currently reading?

It’s very rare that I am reading just a single book at a time, often it’s three or more. At the moment I have a pretty eclectic list of reads underway. 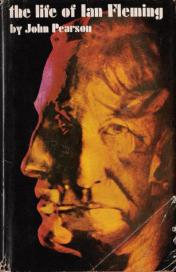 “The Life of Ian Fleming” by John Pearson. I recently received a copy of “Ian Fleming: The Notes” published by Queen Anne Press which collects many of Pearson’s research notes from when he was writing his acclaimed 1966 biography of James Bond’s creator. Before diving into that much-anticipated volume I thought it would be a good idea to revisit the actual biography first. 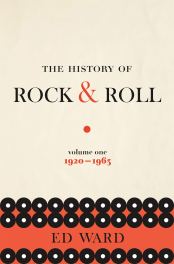 “The History of Rock & Roll: Volume 1” by Ed Ward: My current bedside table read is this excellent, entertaining, and informative first volume on the history of rock from 1920 to 1963. As an aside, over the last few months, I’ve been listening to a podcast on The History of Rock Music in 500 Songs, which, other than common subject matter, has no connection with the book, yet as I’m reading I hear the text in the voice of the podcast’s presenter, Andrew Hickey. 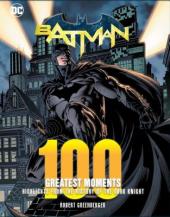 On the coffee table in my library sits “Batman: 100 Greatest Moments” by Robert Greenberger. Covering the last 80 years of the Dark Knight’s career it’s providing some trips down memory lane from my years as a serious Batman collector while opening me up to some of the more recent tales I may have missed.

While the Kindle app on my phone is loaded with a copy of  “Star Trek Discovery: The Enterprise War” by John Jackson Miller featuring the tale of what happened to the iconic spaceship while under the command of Captain Christopher Pike during the Federation/Klingon conflict shown in the first season of the new Discovery series. It’s a fun read that sheds some interesting light on characters we feel we know but have never really been that deeply explored before. A good “stood in line at Starbucks and want to catch up” read; which is what I want from the books I read in digital format.  Something I can read anywhere whether I have a spare 5 minutes, or a spare 50 minutes.

What book changed my life?

This is a tricky one that took a lot of thinking about. Was it “Tom Swift and the Cosmic Astronauts” that I got out of the library as a youngster that introduced me to the concept of cosmic adventure, or discovering DUNE at college and realizing how mind-expanding  SF could be? The Readers Digest abridged books version of The Man With The Golden Gun that introduced me to the works of Ian Fleming, or the James Bond Annual that sparked my fascination with the 007 movies? The various comics that proved to be turning points in my life (that is probably fodder for another blog post)?

In the end, I think the vote goes to “Zen and the Art of Motorcycle Maintenance” by  Robert M. Pirsig. I read the book while serving on-board container ships as a junior engineer, and it helped me come to the realization that as much as I love, and am fascinated by, machines I didn’t really gain much personal satisfaction from working on them. I wanted to share knowledge about them, I wanted to share about what they could do; and that despite the fact that I couldn’t spell (and still can’t) I really could do that one thing I’d wanted to do since the age of seven despite being repeatedly told I couldn’t do it –  be a writer.

Next time I’ll be thinking about:

Till then, keep reading.